With the dust settling after the seven-week regular season of the inaugural year for the States Chess Cup, it is now time for the playoffs.

The wildcard round was the chosen solution to the smaller Southern Division and makes possible a scenario in which a team from another division takes the spot of a Southern Division team in the Division Championship round.

Tonight, on Halloween, the next round begins as eight teams remain. In this round, teams will compete against division rivals to see who will represent their division moving forward.

October 31
Iowa vs. Illinois – These two teams were top finishers in the Central Division and will rematch at 5:00 Eastern.

Northern California vs. Washington – These two will face one another at 7:30 PM Eastern.

November 1
Michigan vs. New Jersey – These teams will face off at 2:00 PM Eastern.

By Monday, only four teams will remain! 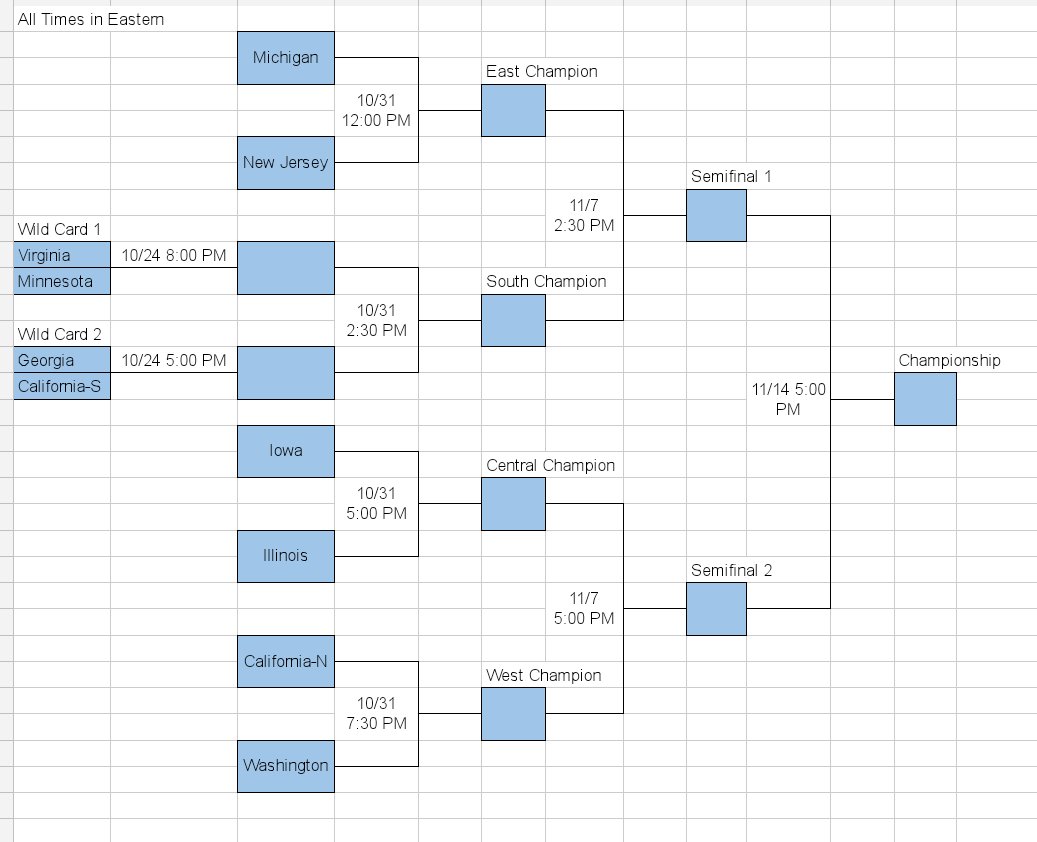 I attempt to play chess and direct chess tournaments, especially scholastic chess tournaments. I was recently voted onto the board of the Missouri Chess Association. View all posts by cleverchess